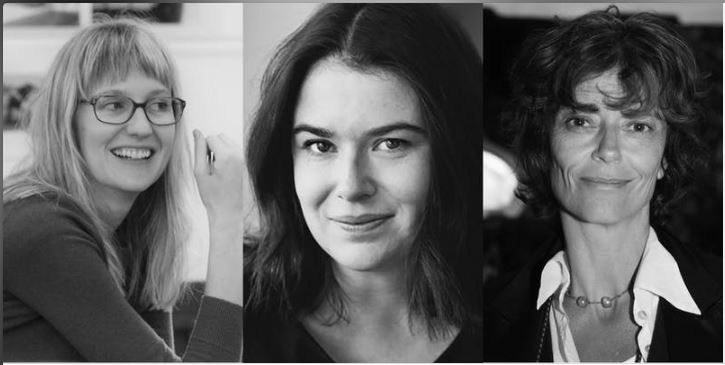 Sydney Community Foundation and The Office Space have paired
up in 2019 to present INSIGHT – a monthly talk series that brings together entrepreneurs, business and community leaders to explore burgeoning topics, revealing their unique insights.

Attending INSIGHT is also a great way to donate to SCF with all proceeds supporting our Women’s Business Incubator program in Warwick Farm.

2018 was a stellar year for Australian content.  According to the Motion Picture Distributors Association of Australia (MPDAA) data, 92 Australian films were released last year, taking a combined $55.9 million at the local box office – the best result since 2015 when Mad Max: Fury Road and The Dressmaker were released.  Landmark films such as Ladies in Black, Sweet Country, and Gurrumul show that “Australian producers with the best concepts that can connect with an audience, whilst being entrepreneurial in their approach to finance and deals, will thrive in this new landscape” reveals Screen Australia CEO Graeme Mason.

Continuing this golden streak, 2019 is expected to see the debut of at least eight new Australian television shows, and feature films have delivered a record-breaking Australian contingent at Sundance this year, including Top End Wedding starring Miranda Tapsell and Hotel Mumbai. At least a further five features are expected to debut including Palm Beach, Slam and Rachel Griffiths’ directorial debut, Ride Like A Girl.

This month we’re diving deep into the wonderful world of Australian film business.  Our THOUGHT article investigates the challenges of operating in an oligopsony and the imperative to keep telling our Australian stories.  In PROFILEwe speak with Philip Noyce, one of Australia’s most highly acclaimed and successful film directors.  Our GUIDE to the 66th Sydney Film Festival reveals Director Nashen Moodley’s 5 discerning picks with a strong focus on female directors.  In TREND, LA-based Australians in Film (AiF) Executive Director Peter Ritchie reveals 5 Australian to have on your radar, and we close out the month with a star studded INSIGHT featuring Rachel Ward, Shannon Murphy and Alex White.

Rachel Ward is one of Australia’s most respected actors (receiving 2 Golden Globe nominations).  Proving to also be a formidable director, her first feature film Beautiful Kate premiered at the 2009 Sydney Film Festival and was nominated for 10 AFI awards.  Her 2013 film Accidental Soldier also received a nod for best feature and best director.  Her latest film Palm Beach boasts a who’s who of the Australian film industry and will have its world premier when it opens the 2019 SFF.

Shannon Murphy is an award-winning theatre director and has directed episodes for some of Australia’s most loved TV series, including Love Child, Offspring, Sisters, Rake, and SBS mini-series On The Ropes.  She has produced two short films, Kharisma and Eaglehawk, and is currently in post-production for her first feature film Babyteeth starring Ben Mendelsohn and Essie Davis.

Alex White is a producer who teamed up with writer/director Mirrah Foulkes and Academy Award nominated actress Jacki Weaver to produce the award-winning short film Florence Has Left The Building. She currently is working on the feature film Babyteeth with director Shannon Murphy.

Get the popcorn and choc tops ready, its ‘lights’, ‘camera’, ‘action’ this month.

The Office Space is a boutique provider of serviced office space that operates in Sydney’s creative city fringe suburb of Surry Hills. But, we are more than just an office. We are place makers, motivated by elevating the experiences, professional development and image of all our residents.  We achieve this through our investment in the style and culture within our spaces. These components are carefully curated to support and stimulate our residents and switch them on to creative and commercial insights, in turn revealing a world of new business opportunities.

These components are carefully curated to support and stimulate our residents and switch them on to creative and commercial insights, in turn revealing a world of new business opportunities.

Our monthly Insight panel series is hosted at the Golden Age Cinema and Bar in Surry Hills—check our organiser page for tickets and details.