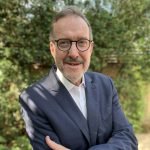 Robert Tickner is the Chair of the Justice Reform Initiative, a recently formed national organisation committed to shifting the public conversation and public policy in Australia away from reliance on incarceration as the primary
response of the criminal justice system. The Patrons in Chief of the Justice Reform Initiative are two former Governors General Sir William Deane and Dame Quentin Bryce.

Robert is a former Acting Under Secretary General of the International Red Cross and Red Crescent Federation
and the former Chief Executive of the Australian Red Cross.

Robert served as Federal Minister for Aboriginal and Torres Strait Islander Affairs from 1990-1996 and is Australia’s
longest serving Minister of Indigenous Affairs. During this time Robert played a leading role in the passage of the
Native Title Act, the initiation of the stolen generations inquiry, the creation of the national land fund and the national
response to the Royal Commission into Aboriginal Deaths in Custody. He was responsible for the initiation of the
reconciliation process and the unanimous passage of the reconciliation legislation through the Australian parliament.

Robert holds Bachelor of Laws, Master of Laws (Hons) and Bachelor of Economics degrees and has written two
books.

About the Keeping Women Out of Prison Coalition (KWOOP)

KWOOP is an independent, authoritative voice advocating evidence based support, and is a sub-fund of the Sydney Community Foundation. Our coalition
includes: The Sydney Community Foundation through its KWOOP Fund, By My Side Fund and Sydney Women’s Fund, SHINE for Kids, Community Restorative Centre (CRC) through The Miranda Project, Women’s Justice Network, Zonta Club of Sydney, Australian Centre for Public and Population Health
Research UTS, Corrective Services NSW, Dress for Success Sydney, UNSW School of Social Sciences, Kathleen York House, Deadly Connections Inc, Soroptimists NSW, National Council of Women NSW, and the Country Women’s Association NSW.
Our purpose is to influence NSW systems, policy and practice in order to reduce the number of women in prison and to minimise the impacts on their families and children.

The Keeping Women Out of Prison Coalition is a sub-fund of the Sydney Community Foundation. If you can’t attend the Breakfast, you can still make a donation to support our work.

If you want to hear more about KWOOP, please email us at KWOOP@sydneycommunityfoundation.org.au

If you are unable to attend but would like to help, please support our work by making an online donation to Sydney Community Foundation’s KWOOP sub-fund.