Philanthropy Conversation with Michael Traill AM and Michael Lynch CBE AM at Sydney Writer’s Festival, May 25

Home/SCF/Philanthropy Conversation with Michael Traill AM and Michael Lynch CBE AM at Sydney Writer’s Festival, May 25
admin 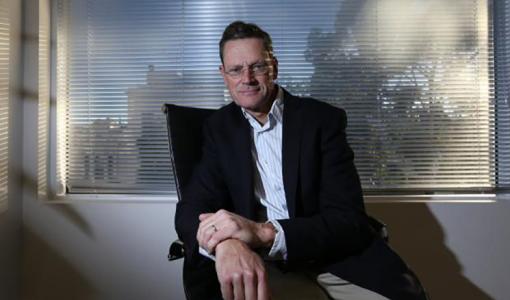 Philanthropy Conversation with Michael Traill AM and Michael Lynch CBE AM at Sydney Writer’s Festival, May 25

Join us on May 25 from 4.30pm – 5.30pm for a FREE philanthropy conversation at Sydney Writer’s Festival 2017 between our Chair, Michael Lynch CBE AM and Michael Traill AM, philanthropist and author.

Michael Traill’s candid memoir Jumping Ship takes readers from ‘the millionaire’s factory’ of corporate Australia to the heart of social investment. Traill was an ambitious small-town kid, who made a successful career at the Macquarie Bank, until he decided to jump ship and turn his efforts to addressing social disadvantage and reshaping the Australian non-profit landscape. Michael Lynch talks to Michael Traill about his work, social justice and writing his critically-acclaimed memoir.

In partnership with Philanthropy Australia and Sydney Community Foundation. Supported by Macquarie University.

In Jumping Ship Michael Traill tells the candid and inspiring story of the journey that took him from a modest small town in Morwell to a successful career at the millionaire’s factory of Macquarie Bank and then on to founding a unique Australian non-profit success story. In the process he shares for the first time how a group of financial high-fliers found a way to buy out the bankrupted ABC Childcare Centres and run a unique billion dollar social enterprise.

Michael Lynch was chief executive of London’s Southbank Centre from 2002 until 2009 and was responsible for the major renovation of Royal Festival Hall and the transformation of the Southbank cultural precinct. Previously, Michael held positions as chief executive of the Sydney Opera House, general manager of the Australia Council and general manager of the Sydney Theatre Company. From 2011 to 2015 he was chief executive of the West Kowloon Cultural District, an ambitious project which will see a huge arts precinct built on the shores of Hong Kong‘s Victoria Harbour. Michael was awarded the Order of Australia (AM) in 2001 and in 2008 he was named a Commander of the British Empire (CBE), both for services to the arts.