At least 900 women are released from prison in NSW with no secure housing in place every year.

The Keeping Women Out of Prison Coalition led by Sydney Community Foundation and Sydney Women’s Fund revealed new statistics today. Half of all prisoners leaving the system (women and men) expect to have no home to go to.

Rosalind Strong AM, Convenor of the KWOOP Coalition says the situation is critical with their research identifying just 10 dedicated beds are available immediately after prison for women leaving jail.

“The accommodation situation is completely inadequate for women affected by the criminal justice situation in NSW. We are talking about a relatively small number of women who need support and housing to rebuild life after prison,” she said.

“Our research also indicated 32% of women were homeless in the 6 months prior to entering prison.”

With these early findings, the KWOOP Coalition is again calling for a comprehensive response to support women and their families affected by the NSW Criminal Justice System.

“At most, only 22% of women on release from prison receive any kind of service from the community sector,” said Ms Strong. “This means at least 78% of women leaving prison (2,153) are released from custody each year with no support services in place.”

These early findings from the KWOOP Coalition 2019 research were released at the annual Empowering Women, Changing Lives Breakfast at Parliament House today. 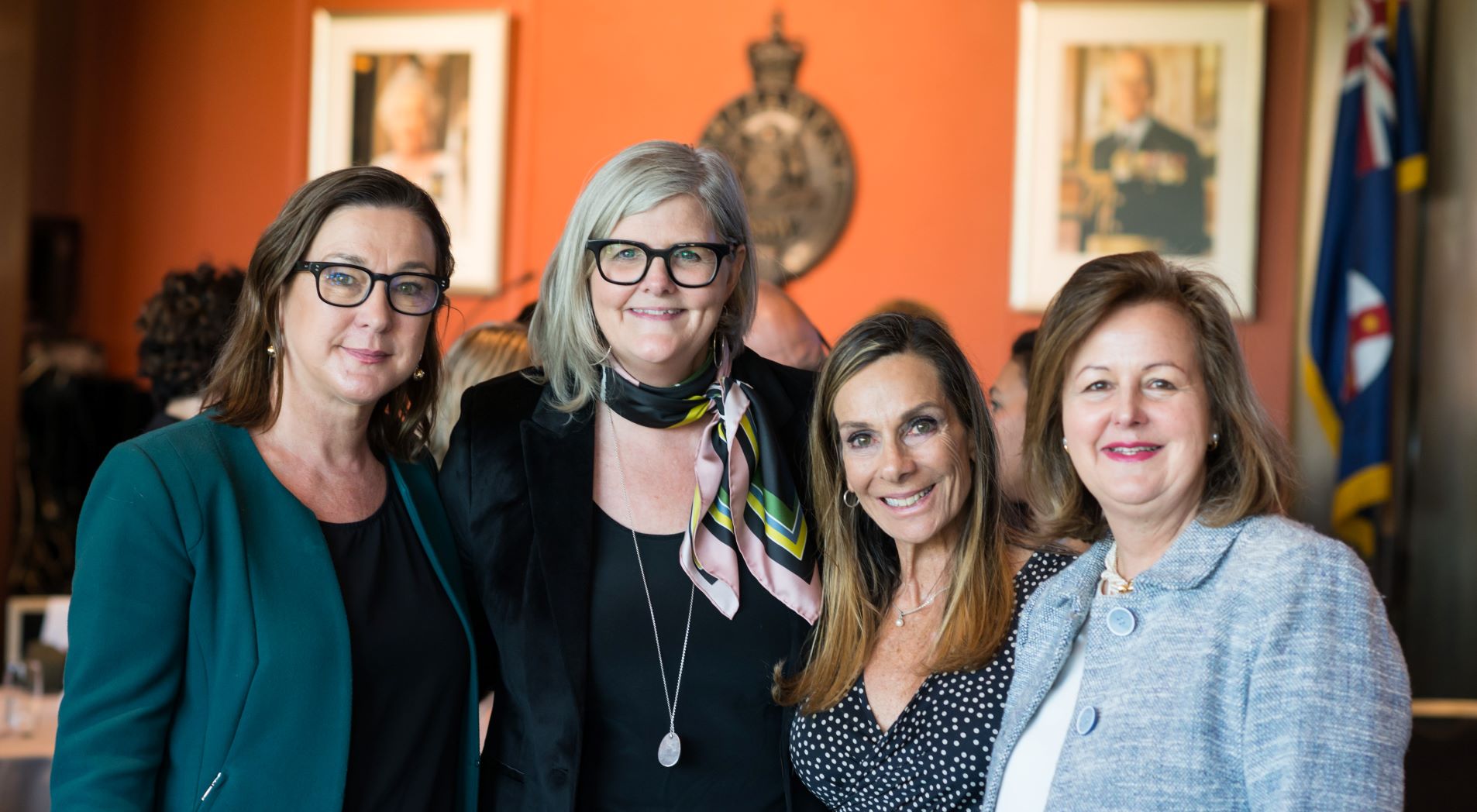 “Homelessness of women in Greater Sydney is a growing emergency given the cost of living and women who have served time in prison are amongst the most vulnerable in the community and need our protection and our voices to speak up for them, “ said Jane Jose CEO Sydney Community Foundation’s Sydney Women’s Fund.

The rate of women in prison has increased by over 50% in the last six years with no correlating increase in crime. A disturbing feature of the rise in incarceration in NSW is 58% of women in prison serve sentences shorter than 6 months.

In her keynote speech, leading Australian businesswoman Sam Mostyn, Chair Australia’s National Research Organisation for Women’s Safety (ANROWS) said; “The links between violence against women, and the imprisonment of women are well established, including in ANROWS funded research on the support needs of women in prison, launched last year,” she said.

“90% of women in prison have a history of emotional, sexual and physical abuse.”

“ANROWS has recently embarked on research to respond to the misidentification of women as perpetrators of domestic and family violence, which has resulted in the incarceration of women, particularly Aboriginal and Torres Strait Islander women. This is an appalling unintended consequence of laws designed to protect women from intimate partner violence.”

Ms Mostyn called for a more holistic response to the needs of women affected by the criminal justice system, allowing women more agency in determining their own futures. “We know the links between abuse is exceptionally complex. The criminal justice system is not an appropriate response to the complexity of issues faced by this community,” she said.

According to the ANROWS – Forgotten victims report – women affected by abusive relationships and the criminal justice system, are not empowered to access help independently. “The lack of coordination between services and integration with prisons is not supporting women to independence due to the complexity of her needs.”

“These numbers are just not representative of the country and society we want to be.”

The answer she says is gender equality. “We need to start with gender equality and remove the barriers to women’s empowerment and agency.” Ms Mostyn called on corporates take this issue as a serious matter within their organisation. “We need to take leadership on supporting these women on their re-entry into the community, including offering employment and support.”

“We all have agency and are in this together. It gives me great hope this is something we can all talk about in our community.”

The KWOOP Coalition, are calling for more investment in proven diversionary programs for women and their children serving shorter sentences, to help reduce the increasing population of women in prison in NSW. For children of women in prison, lives are significantly disrupted, the impacts life long. Children in care are much more likely to go to prison than to university and continue to be over-represented in the criminal justice system.

The KWOOP Coalition of Australian non-profit organisations, academic institutions and individuals working in the justice system, have come together to address some of the key systemic failures and major human rights issues affecting women in NSW prisons. KWOOP Coalition is now a Sydney Community Foundation sub-fund.

Funds raised at the breakfast will support Success Works run by Dress for Success – an employment program encouraging organisations to take a new perspective on diversity and inclusion and to employ people who have been in prison.

“You’ll be back” is a common statement to women on departure from a system that is supposed to support correction says Eleni Psillakis, Peer Support Coordinator – Success Works, Dress for Success. “I looked him in the eye and said ‘no I won’t’. This was a one and only offence for me. Sadly about 45% of people released from prison return,” she said. 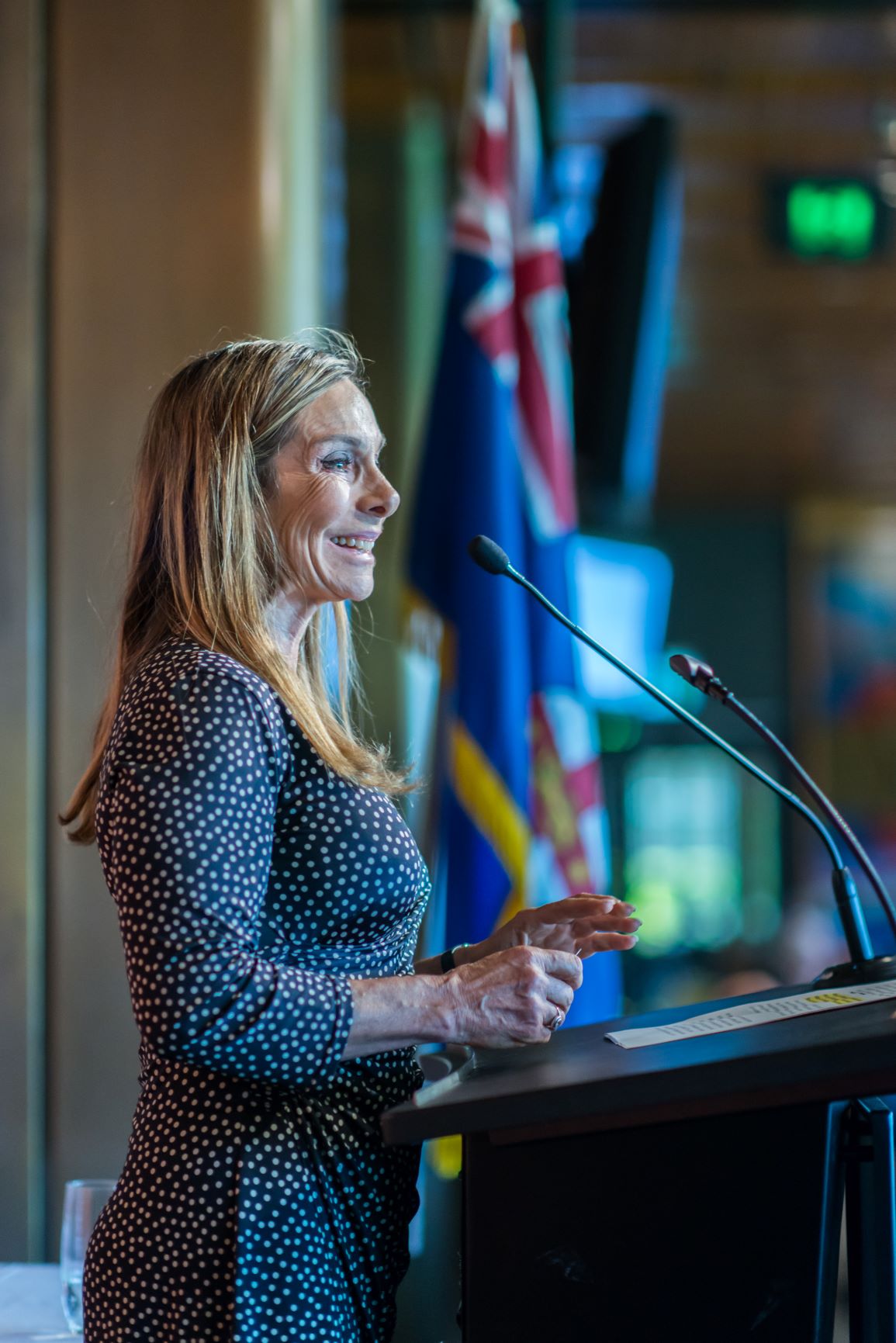 “Many women that are affected by the criminal justice system have a history of trauma prior to offending, and little stability in their lives. But once clothed in this ‘stain’ no one sees the prior trauma or how desperately someone wants their life to change. They just see ‘the stain’.”

Success Works supports women affected by the criminal justice system in their journey to employment. Offering career support workshops, coaching, resume assistance, peer support and job placement. Ms Psillakis says, sharing their story first is one of the keys to transforming perceptions for employers. “I’m working with women on how to have an interview and answer those tricky questions and liaising with employers who are open to diversity and inclusion,” she said.

“Being able to contribute to the community has been a huge part of healing and rebuilding my life.”

Megan Etheridge, Founder of Dress for Success said; “People with convictions are reliable and keen to prove their worth and employees are proud to work for organisations that help people get back on their feet,” she said.

“When you employ a Success Works candidate, you’ve kept a woman out of prison, transformed her children’s lives and helped to break the intergenerational cycle of deprivation and crime.”

Our thanks to The Honourable Catherine Cusack MLC for hosting Empowering Women, Changing Lives breakfast at Parliament House for this our sixth year. Appreciation to all our guests for their attendance and their action on this important issue.

Learn more about The Keeping Women Out of Prison Coalition. 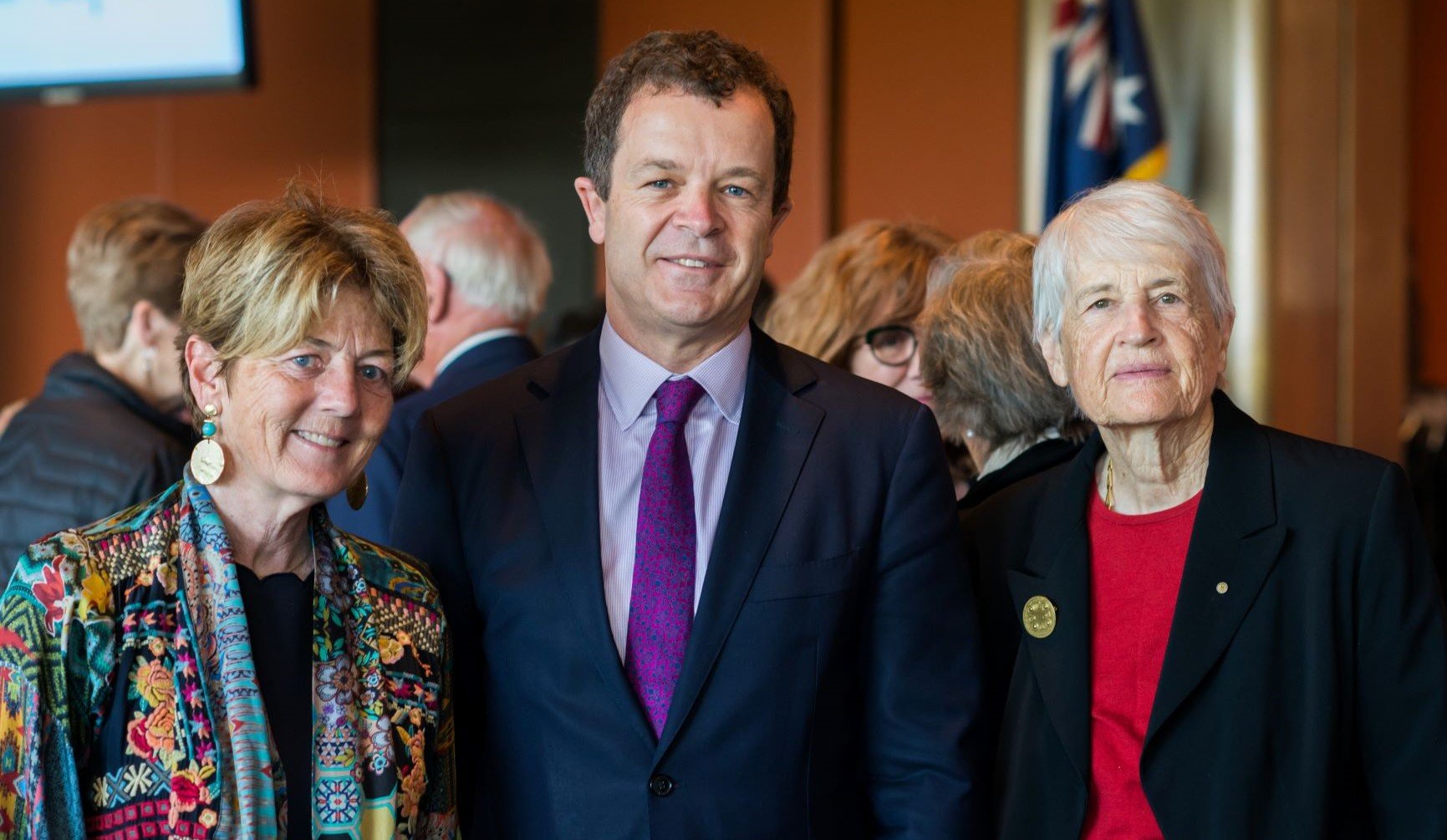 About the Author: admin02