Maybanke Anderson (1845 – 1927) was once a household name to several generations of Australians, yet today is almost unknown.

Maybanke was a woman who made things happen. Courageously taking leadership on controversial issues when the times demanded it. For more than 50 years, Maybanke actively promoted the rights of Sydney’s women and children and was a leader in the women’s suffrage movement.

Always, for Maybanke, the vote was ‘the kernel of all reform’ and was president of the Women’s Literary Society (WLS) from 1893 until 1897 as the organisation grew to be the Womanhood Suffrage League of New South Wales. Maybanke founded the Australasian Home Reading Union in 1893 – an education program for people in rural Australia and the forerunner to the Workers Education Association (WEA), the organisation she also helped found.

There were two scholarships awarded for Session 1 – 2015 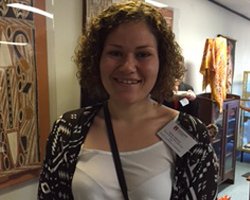 Emma Meharg from Penrith is in her last semester of her Diploma in Teaching. Emma has won the Maybanke Scholarship before in Semester 1 and in Semester 2 2014. She has been working full time as Aboriginal Teacher’s Aide in Childcare Centres run by Penrith City Council while studying for her dip Teach through the block release study arrangements of the Institute of Early Childhood at Macquarie. When she graduates in July, she will work as a fully qualified teacher in the Penrith City Council program and has been asked to provide professional development to other teachers working with children from Aboriginal backgrounds in the Council preschools. 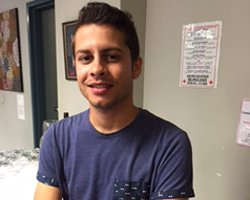 Marcus Mundy-Williams comes from Bega and has completed two semesters of the IEC Dip Teach.  He was also awarded the Maybanke Scholarship for Semester 2 2014.  Marcus works in a Childcare Centre as a teaching assistant.  He has 3 children aged 7, 5 and 3 months.  His aunt had completed the Dip Teach at Macquarie and she inspired him to undertake the program

Each year, The Maybanke Fund hosts The Maybanke Lecture on or around May 6, commemorating the anniversary of Maybanke’s first public speech. The lectures continue to advocate the social change that Maybanke dedicated her life to achieving.

Read the lecture series below:

2013 Lecture – ‘From Suffragettes to CyberFems’ by Adele Horin

2016 Lecture – Forsaking All Others: Women, Marriage, and the Struggle for Equal Citizenship by Helen Irving.

2017 Lecture – Self-care sits at the heart of women’s suffrage by Elizabeth Broderick AO.

Follow the Maybanke Fund on Facebook(link is external) and view photos of past lectures and events.